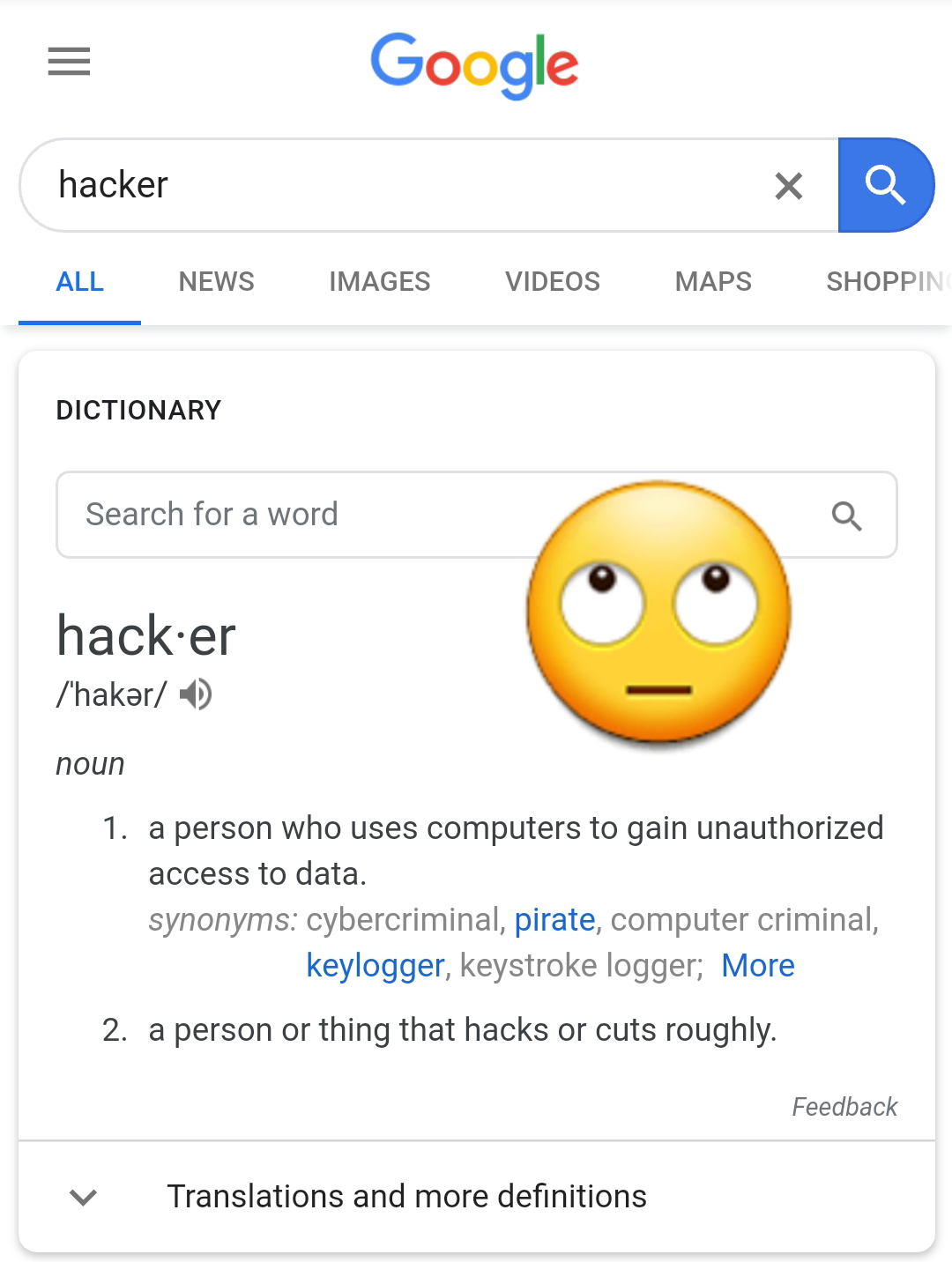 The meaning of the term “hacker” has been debated for-almost-ever, and while the debate rages on, I’d like to think that as time goes by, an all-encompassing definition may arise.

First, the definition actually needs to NOT be constrained to anything purely technical since hacking, or a hacker mindset, transcends technology. We have social engineers, lock pickers, and so many more types of people in the community that to hold the definition to something technical would be unfair and extremely narrow. So, the first requirement in a solid definition would be: not described as a solely technical role.

Next, a hacker, at least every single one that I’ve met, has tenacity and perseverance almost to a fault. I have friends who go through 14-hour programming or troubleshooting sessions which can only be broken by physically shaking them and reminding them that food is a necessity. Their focus is so extreme. The willingness to pursue a project to completion is admirable. Now, we know that most hackers have a bottomless list of projects and things to fix and break. Even when a hacker isn’t physically in front of a problem, they are constantly thinking about it.

If you give a hacker anything, and I mean any thing, they will find out how it works or how it’s put together probably better than any manual or documentation (assuming one was even provided) can describe. Hackers are know for making whatever they touch work better than originally intended; usually after severely breaking it first. One thing is clear, though; hackers’ ability to solve problems in an unorthodox manner is uncanny.

Finally, as much as hackers like to come together for a common goal or objective, they are individuals to their core. With that said, if one hacker is a criminal, they can’t all be criminals; just as they can’t all be saints. For that reason, I am opting to leave a moralistic term out of this definition. No amount of reassigning “hacker” to “cracker” or anything of the sort can help us here.

So, sticking with the above requirements and measures, I would argue that an accurate definition of the term hacker would be a “Tenacious and Unorthodox Problem Solver”. While this may seem broad, I’d like to see it as all-encompassing, and as stated earlier, this goes beyond the strings of a technical definition.

This site uses Akismet to reduce spam. Learn how your comment data is processed.